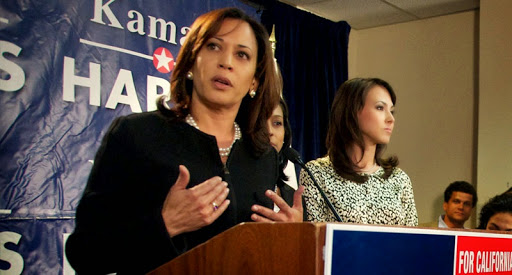 One of California Attorney Gen. Kamala Harris' staffers has been arrested in connection to a bizarre "Masonic" police force that was apparently operating as a rogue department - and claims to have existed for thousands of years.

Police became aware of the rogue police force after the MFPD sent letters to various police departments throughout the state of California to ask for meetings. In late January, the organization sent letters to police chiefs in Southern California asserting its legal authority and announcing changes in its leadership.

Officers who met with the group quickly became suspicious after their members failed to answer basic questions about the Masonic police department.

"The Masonic Fraternal Police Department (M.F.P.D.) provides services to Masonic Sovereign Grand Masters and their Masonic Jurisdictions, as well as other Fraternities, Sororities and Greek Organizations. Masonic Fraternal Police Department will be located in 33 other states, including Mexico City. We support all law enforcement agencies. Our mission is to preserve the integrity, honor and legacy of our Founding Fathers, Masonic Organizations, all Grand Masters and their Constitution /By Laws. We will uphold our sworn obligation to protect Sovereign Grand Masters and their jurisdictions. God Bless the United States of America!!!!!"

Further: "We are not 'Sovereign Citizens' nor do we condone terrorist activity, sovereign citizens or clandestine!"

"The Masonic Fraternal Organization is the oldest and most respected organization in the 'World,'" the MFPD's website asserts. Further, the force says it's descended from the "first Police Department," founded by the "'Knights Templar's' back in 1100 B.C."

The Knights Templar was formed by Christian fighters after the First Crusade. The religious military order became deeply involved in banking, but was dissolved by Pope Clement V in 1312 A.D. However, some conspiracy theorists believe the Knights Templar persisted as a secret society long after it formally disbanded.

How does the MFPD differ from other, officially recognized, law enforcement agencies? The MFPD explains: "The answer is simple for us. We were here first! We are born into this Organization our bloodlines go deeper than an application. This is more then a job it is an obligation."