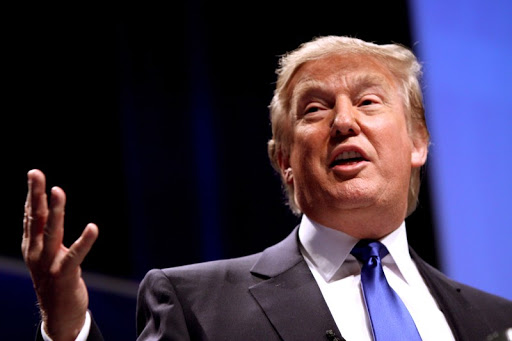 Republican presidential candidate Donald Trump may have raped his ex-wife Ivana Trump, according to a 1993 biography of the real estate mogul uncovered by The Daily Beast. Trump's attorney on Monday denied the allegation, claiming "you cannot rape your spouse."

"You're talking about the front-runner for the GOP, presidential candidate, as well as private individual, who never raped anybody," Michael Cohen, the Trump Organization's special counsel, told The Daily Beast. "And, of course, understand that by the very definition, you can't rape your spouse."

The biography, Lost Tycoon: The Many Lives of Donald J. Trump, by Harry Hurt III, details a 1989 incident in which Trump reportedly confronted his then-wife Ivana, pulling out clumps of her hair and sexually assaulting her. She characterized the incident as rape during the couple's divorce proceedings in the early 1990s and said she felt "violated," according to legal documents cited by The Daily Beast.

Hurt's book includes a "Notice to Reader" pasted on the flyleaf -- a statement by Ivana Trump saying she didn't mean it when she testified Trump had raped her. "I do not want the press or media to misconstrue any of the facts," she wrote. The couple divorced in 1992.

Trump denied the allegation when the biography was released, calling the author "a guy without much talent. He is a guy that is an unattractive guy who is a vindictive and jealous person."

Cohen said Monday that Ivana Trump was not raped in the term's "literal sense."

"She felt raped emotionally," he said. "She was not referring to it [as] a criminal matter, and not in its literal sense, though there's many literal senses to the word."

Sen. Claire McCaskill (D-Mo.), who has been outspoken against sexual assault in the military and on college campuses, quickly weighed in on Twitter, criticizing Trump's lawyer for not knowing "that rape is rape."

Trump, a real estate mogul, has made numerous offensive comments about rape, most notably when he kicked off his presidential campaign last month and alleged that undocumented Mexican immigrants are "rapists."