DC`s Attorney General Supports the Decriminalization of All Drugs 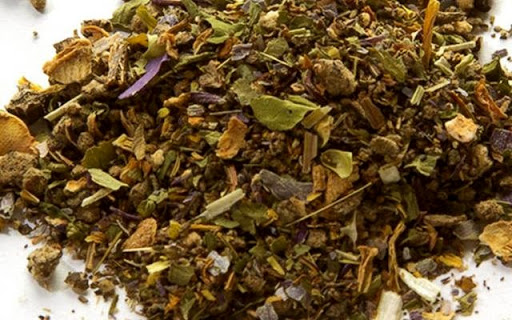 While the District of Columbia continues to wage war against the scourge of synthetic marijuana, one of the city's leading administrators has suggested that the legalization of drugs like cocaine and heroin, in a manner similar to what the city has done with marijuana, might be in the best interest of the community.

Earlier last week, D.C Attorney General Karl Racine appeared on C-SPAN's Washington Journal to discuss some of the issues the District has encountered due to the sale of dangerous synthetic cannabinoids called Spice and K2.

During the segment, a caller from Illinois chimed in, arguing that one of the primary reasons this ghastly alternative high even exists is the continued prohibition on all drugs.

The caller said that the criminalization of all drugs is a "civil liberties issue, and when people want to consume substances that alter their state of consciousness they should be allowed to. Now, if you didn't have such a crackdown on drugs like marijuana, cocaine and heroin, there wouldn't even be a market for synthetic drugs."

It was apparent throughout the caller's opinionated spiel that Racine did not totally disagree with his argument. His basic accord on the issue was later confirmed in his response.

"I respect the caller's perspective and in many ways I agree with the caller's central point. Namely, that law enforcement and over-criminalization of drug laws can cause more harm to society than benefit," Racine said. "With respect to chemical drugs, the recipe is clear. We know what's going to happen when people ingest it. It's not just merely a personal use and two adults not harming anyone. Violence as to innocent people occurs, and when that occurs the state has to be involved. With respect to legalization of other substances, including marijuana, I think that the caller makes an excellent point."

Racine then goes on to talk about the current state of marijuana legalization in the District, saying that the city is in a "quandary" because Congress has, so far, prohibited them from establishing a retail cannabis market similar to Colorado and Washington.

"Congress should get out of the way and allow the District of Columbia to regulate the legal use of marijuana," Racine said. "We can use the tax benefits that come in to educate folks on proper uses and dangers of drugs: and thereby move into, what I think, is the world of the 21st Century when it comes to law enforcement and the use of drugs in America."

These comments forced C-SPAN host Peter Slen to ask Racine to clarify whether he believes "that the cocaines and the heroins, et cetera, all the other drugs that we're pretty familiar with, should they be legalized as well, in the same manner. Would it help law enforcement?"

Racine stood by his previous comments by asserting, "that the twenty-first century policing is such that smart prosecution means less of an emphasis on criminalizing conduct, more of an emphasis on mental health and substance abuse. With respect to marijuana, you know, my position is very clear. I think it should be legal and I think that the District of Columbia, like the State of Colorado should be able to regulate it."

It should be noted that the success of full-scale decriminalization, as Racine's comments suggests he supports, is well documented. Ever since Portugal made the move in 2001 to eliminate the criminal penalties associated with the low-level possession of all illicit substances, user rates have remained well below the European average and more addicts than ever are now seeking treatment for opiate addiction. There are also fewer overdoses, and cases of HIV/AIDS continue to plummet.

We will learn in the next couple of months whether Congress will insist on maintaining its ban on retail pot sales in the District of Columbia. If they take their hands off the wheel, city officials believe a legal cannabis market could be in place sometime in 2016. It remains to be seen, however, whether such a move would have a positive impact on the city's synthetic pot problem.