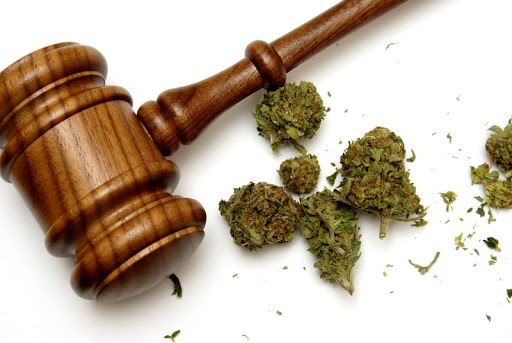 A Southfield lawyer alleges the Michigan State Police crime labs have "falsified lab reports on marijuana statewide" and he's asking a judge to dismisses charges lodged against a client.

Michael Komorn, who also represents defendants in Livingston County, said his office's discovery stems from Ottawa County resident Maxwell Lorincz, who was initially charged with a misdemeanor possession of marijuana. The Ottawa County prosecutor's office increased the charge to a felony when Lorincz declined to plead guilty, Komorn said.

"The extensive emails and documents we received through the Freedom of Information Act show the prosecution are relying on the lab to report these substances so that they can escalate these crimes from misdemeanors to felonies," the defense attorney said.

Tiffany Brown, a spokeswoman with the state police, said the crime lab's role is to "determine whether marijuana or THC are present in a sample." The department's policy changed to include the statement "origin unknown," she noted, "when it is not possible to determine if THC originates from a (marijuana) plant or synthetic means."

"This change makes it clear that the source of the THC should not be assumed from the lab results," Brown said in an email response to an inquiry for comment. "The ultimate decision on what to charge an individual with is determined by the prosecutor."

A message to Karen Miedema, an assistant prosecutor with Ottawa County, was not immediately returned Wednesday.

As a result, Komorn is asking a judge to dismiss the case against Lorincz and to hold the parties, including the prosecutor, in contempt of court. The hearing was scheduled for next week in Ottawa County Circuit Court in Grand Haven; however, it was put on hold until December following a conference between prosecutors, the defense and the judge.

Komorn's client was first charged with misdemeanor possession of marijuana, but the charge was increased to a felony alleging he had synthetic THC.

The charge resulted when an officer reporting seeing a small amount of hash oil in Lorincz's Spring Lake home when he responded to his 911 call for medical assistance for his wife in September 2014.

Komorn says the state police's policy change began in 2013 when Ken Stecker of the Prosecuting Attorneys Association of Michigan and state attorney general's office "instructed the lab" it could report marijuana edibles and oils as Schedule 1 synthetic THC, which is a felony.

"This was counter to both law and science as plant-based edibles and oils are categorized as marijuana under Michigan law and their possession punished as a misdemeanor," Komorn said.

Komorn's office used FOIA to obtain numerous emails regarding the issue. Among those emails was one from Kyle Hoskins, a state police crime lab supervisor who said examiners needed to see plant material because they would have no idea how it was produced unless they watched its production. He sought Stecker's opinion, who reportedly responded: "That is my opinion, THC is a Schedule 1 drug regardless of where it comes from. I hope that helps. Ken."

Marijuana is a Schedule 2 drug under state law.

Among the emails Komorn received were some from state police crime lab workers raising concern about the way they were told to report THC cases.

In one email, a forensic scientist notes that to "place the actual compound THC in Schedule 1 (drugs), the criteria of 'synthetic equivalent' should be met."

"Since we really can't do this, there are many of us who feel that these new evidentiary materials containing THC without any botanical morphology characteristics : should be identified as resinous extracts of marijuana," the forensic scientist wrote.

The writer goes on to note that misdemeanors can jump to a felony charge and the topic is being brought up "because there seemed to be some concern about uniformity in making these calls. Further, it is highly doubtful that any of these (medical marijuana) products we are seeing have THC that was synthesized."

Komorn's office said the "statewide lab scandal" comes on the heels of a report that statewide marijuana arrests are on the rise.

Between 2008 - when Michigan passed the Medical Marijuana Act - and 2014, arrests for marijuana possession or use increased 17 percent statewide while arrests for all crimes dropped by 15 percent, according to statistics.

"There's a strategy," she said. "Someone at the top has sent these soldiers to people's homes. : This proves the top law enforcement has conspired to target families."