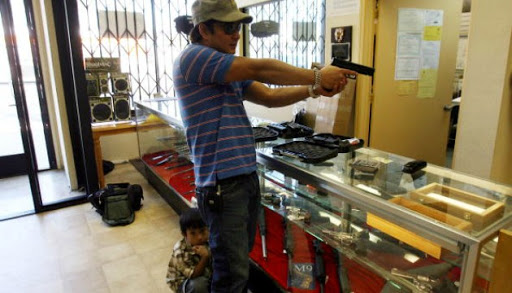 STANFORD (CBS SF) - New research is bound to fuel to the debate over the impact of so-called right-to-carry (RTC) laws on crime.

Gun advocates have insisted that crime goes down when law-abiding citizens are allowed to carry concealed weapons in public.

A new study at Stanford that looked at crime data over a period of more than two decades and found violent crime rates actually increased when states adopted RTC laws.

Their research, 'The Impact of Right to Carry Laws and the NRC Report: The Latest Lessons for the Empirical Evaluation of Law and Policy,' was published in last month's Social Science Research Network.

The researchers examine the findings of the National Research Council (NRC), a group of experts in criminology, economy and statistics, who reviewed the existing data on the "relationship between firearms and violence," the impact of RTC laws, and the theory that the more guns created less crime.

The NRC panel released a report in 2004 that basically concluded "there was no reliable statistical support" for the more guns, less crime hypothesis. Additionally, "one dissenting committee member argued that the committee's own estimates revealed that RTC laws did in fact reduce the rate of murder."

The researchers sought to address the NRC's ambiguity on this "explosive topic," especially given the social and political policy implications.

In their paper, the researchers write, "Our systematic review of "NRC's evidence - its approach and findings - also provides important lessons on the perils of using traditional observational methods to elucidate the impact of legislation."

Professor John J. Donohue III, one of the co-authors told Stanford News, "The totality of the evidence based on educated judgments about the best statistical models suggests that right-to-carry laws are associated with substantially higher rates of aggravated assault, rape, robbery and murder."

Donahue admits "different statistical models can yield different estimated effects, and our ability to ascertain the best model is imperfect."

He told Stanford News that researchers should examine other methods and approaches.

"Sensitive results and anomalies - such as the occasional estimates that right-to-carry laws lead to higher rates of property crime - have plagued this inquiry for over a decade," he said.