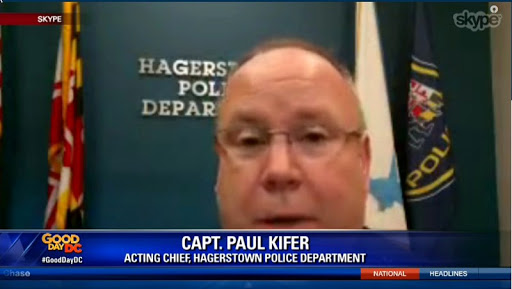 HAGERSTOWN, Md. - Predictive Policing is a new method in crime prevention that relies on a computer algorithm and a team of mathematicians to narrow down where they think trouble will happen next.

Everything from car break-ins to violent crime can be measured with the new technology.

Police in Hagerstown are already using the program. Captain Paul Kifer, the acting chief of Hagerstown Police, joined us to talk about how it works.

Kifer said the program uses 3 to 10 years of data to predict future crime in specific areas. The data is used to map out crime locations, types and times. Police can then use the date to proactively dispatch units to key locations to prevent the crimes from happening at all.

How do you know that what you have done has prevented a crime from occurring? Kifer said crime stats have gone down in areas that they have focused on, however, the department is still researching the data. He also said in order to prevent the crime, data suggests that all an officer must do is to be seen in the area where the crime has been predicted.

Kifer said his officers work hard with the community and talk to them when new technologies like Predictive Policing are being implemented.